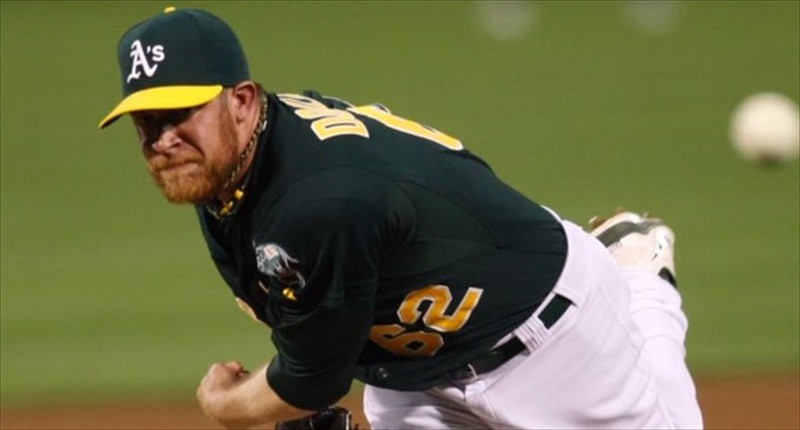 The Oakland Athletic’s have planned their first LGBT Pride Night on June 17. This led to a small firestorm among some season ticket holders who threatened to sell their tickets for that night’s game. Eireann Dolan (girlfriend of A’s pitcher Sean Doolittle) has called their bluff. In an open letter on her blog, Dolan said she would purchase any tickets that were unwanted and she would donate them to the Bay Area Youth Center’s Our Space community.

By the time of writing, a GoFundMe page for the project had raised over $30,000.

Here is her letter:

Everybody is entitled to their own beliefs and as long as nobody is getting hurt, I’m happy. I also can’t stop you from selling your tickets. I won’t tell you that you are wrong or that you are not allowed to think or act that way.

We live in a free country, after all. You are free to think and say and do whatever you’d like. In fact just this morning I used my freedom to eat yogurt with a steak knife because I ran out of clean spoons (because SOMEone forgot to turn on the dishwasher last night). Who was going to stop me? That’s right. Nobody. Nice try bin Laden.

I ended up cutting the corner of my mouth on the knife, and it wasn’t one of my brightest decisions. But I may have just invented a DIY smile enhancement. And I will sue you if you steal my idea. #America

I digress. So, A’s fans; if attending a baseball game on LGBT Pride Night makes you at all uncomfortable, it is probably a good idea to sell your tickets. And I have the perfect buyer. ME!

If you’d like to sell your tickets to June 17th’s LGBT Pride Night game, I will buy them from you at face value. As many as I can. No judgments. No questions asked.

From there, I will donate any tickets I purchase to the Bay Area Youth Center’s Our Space community for LGBTQ youth.

That way you don’t have to feel uncomfortable, and the seats don’t go to waste. It’s win-win.

Please tweet at me (@EireannDolan) if you’d like to sell me your tickets. I’ll purchase as many unwanted tickets as I can out of my own pocket. I also encourage other A’s fans to do the same. Let’s fill the stands that night!

Eireann and my hella gay moms