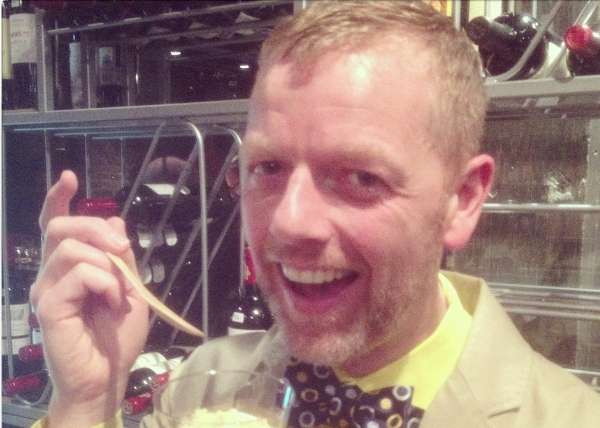 A second-term GLBTRT Councilor, Peter was recently elected to the ALA Council Executive Board, receiving the greatest number of votes from Council members to attain this position. In his professional life, he is most proud of his willingness to leave a large research university after earning tenure, having the confidence to leave that security behind to take on a new job with more management responsibilities. As the head librarian at College of the Canyons, a community college in Santa Clarita (CA), he says, â€œI find myself thinking more and more about how librarians shouldnâ€™t limit themselves to achieving directorships in academic libraries as the pinnacle of a career, but look further toward higher administration in academia and what the library perspective can bring to that.Â  Iâ€™d like to explore this more in my future.â€

Peter has been married since 2011 to Conrad–who is not a librarian but gets to hear an awful lot about libraries and librarians and ALA. After completing many swimming and running races, including longer distance open water swims and eight marathons, Peter is currently training for his ninth marathon and hopes to complete ten by the time he turns 50. His personal passion is all things culinary; food, wine, cooking, and baking are among his interests, and he counts winning the dessert-making contest at the Institute for Marine Biosciences summer staff picnic in 1999 among his greatest achievements.

His spirit animal is the octopus. Itâ€™s aquatic, which fits him as a swimmer, and a clever animal that can maneuver through tight spaces surprisingly well.Â  Also, itâ€™s quite tasty if prepared well!

If he had a dinner party with five culturally or historically significant figures, he would invite Pierre Trudeau, Sarah Ferguson, Pat Summit, Robertson Davies, and Cobie Smulders, Significance may not be a benchmark these all reach, he said and then added â€œAsk me tomorrow and that list might change.â€