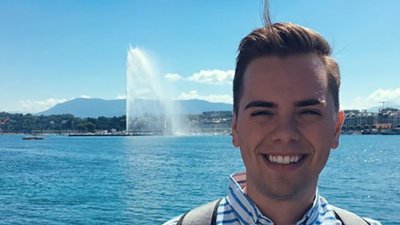 Matt Easton, this year’s valedictorian at Brigham Young University, used part of his commencement ceremony address to come out as a gay man.  Saying that he is proud to be a “gay son of God,” Easton’s speech was approved by the Dean’s office, even as BYU’s honor code forbids all types of “physical intimacy that give expression to homosexual feelings.”

Tennessee lawmakers pull a bill scheduled for debate by the Tennessee Senate. The bill would have allowed faith based adoption agencies to reject gay parents and others for their religious beliefs.  There was no reason given for withdrawing the bill, it will be taken up in the next legislative session.