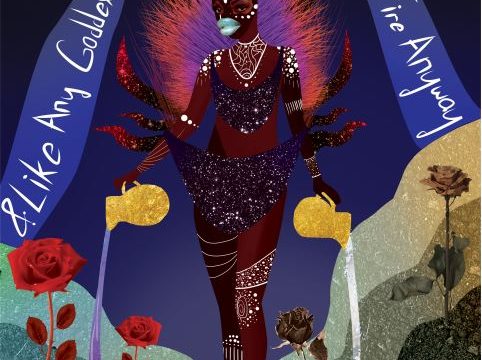 In November of 1999, Gwendolyn Ann Smith organized what would become the first Transgender Day of Remembrance (TDoR). Smith began the then-virtual TDoR project as a way to honor trans woman Rita Hester, who had been murdered in her Boston apartment in the winter of 1998. Now, nearly 20 years later, Transgender Day of Remembrance is an annual international event held on November 20 as a way to confront the violence experienced by the trans community.

It is also important to note the undeniable fact that a disproportionate number of trans murders that take place are of black trans women. The overwhelming reality of the violence facing the trans community has led some trans people of color to repurpose 11/20 as Trans Day of Resilience. Through artistic renditions of the trans POC experience, the dead are not only mourned and remembered, but celebrated.

The following picks are intended to highlight trans authors, or nonbinary authors who write transgender characters into their fictional worlds. An extraordinary debut novel, Freshwater explores the surreal experience of having a fractured self. It centers around a young Nigerian woman, Ada, who develops separate selves within her as a result of being born “with one foot on the other side.” Unsettling, heart wrenching, dark, and powerful, Freshwater is a sharp evocation of a rare way of experiencing the world, one that illuminates how we all construct our identities. In this extraordinary debut novel by the author of the Lambda Literary Award-winning story collection A Safe Girl to Love, Wendy Reimer is a thirty-year-old trans woman who comes across evidence that her late grandfather—a devout Mennonite farmer—might have been transgender himself. At first she dismisses this revelation, having other problems at hand, but as she and her friends struggle to cope with the challenges of their increasingly volatile lives—from alcoholism, to sex work, to suicide—Wendy is drawn to the lost pieces of her grandfather’s life, becoming determined to unravel the mystery of his truth. Alternately warm-hearted and dark-spirited, desperate and mirthful, Little Fish explores the winter of discontent in the life of one transgender woman as her past and future become irrevocably entwined. An Unkindness of Ghosts by Rivers Solomon

Aster has little to offer folks in the way of rebuttal when they call her ogre and freak. She’s used to the names; she only wishes there was more truth to them. If she were truly a monster, she’d be powerful enough to tear down the walls around her until nothing remains of her world. Aster lives in the low deck slums of the HSS Matilda, a space vessel organized much like the antebellum South. For generations, Matilda has ferried the last of humanity to a mythical Promised Land. On its way, the ship’s leaders have imposed harsh moral restrictions and deep indignities on dark-skinned sharecroppers like Aster. Embroiled in a grudge with a brutal overseer, Aster learns there may be a way to improve her lot–if she’s willing to sow the seeds of civil war. Race, class, and gender expression intersect in author Rivers Solomon’s debut sci fi masterpiece. The stories in this year’s selection [of Transcendent] are sometimes grim, sometimes cheerful, sometimes quirky—but always full of emotion. Editor Takács has assembled a wide range of non-cis experiences: from an intergalactic art heist to the everyday life of a trans woman through the lens of horror movies; non-binary parenting in the far future, to a unique method of traveling back to the past. Steampunk, ghosts, even deities, all can be found in these stories that show how transness can relate to and subvert so many themes at the heart of speculative fiction. The introduction also includes a section on year-to-year changes in transgender SFF, and assembled longer-form trans highlights. Fierce Femmes and Notorious Liars is the highly sensational, ultra-exciting, sort-of true coming-of-age story of a young Asian trans girl, pathological liar, and kung-fu expert who runs away from her parents’ abusive home in a rainy city called Gloom. Striking off on her own, she finds her true family in a group of larger-than-life trans femmes who live in a mysterious pleasure district known only as the Street of Miracles. Under the wings of this fierce and fabulous flock, the protagonist blossoms into the woman she has always dreamed of being, with a little help from the unscrupulous Doctor Crocodile. When one of their number is brutally murdered, she joins her sisters in forming a vigilante gang to fight back against the transphobes, violent johns, and cops that stalk the Street of Miracles.