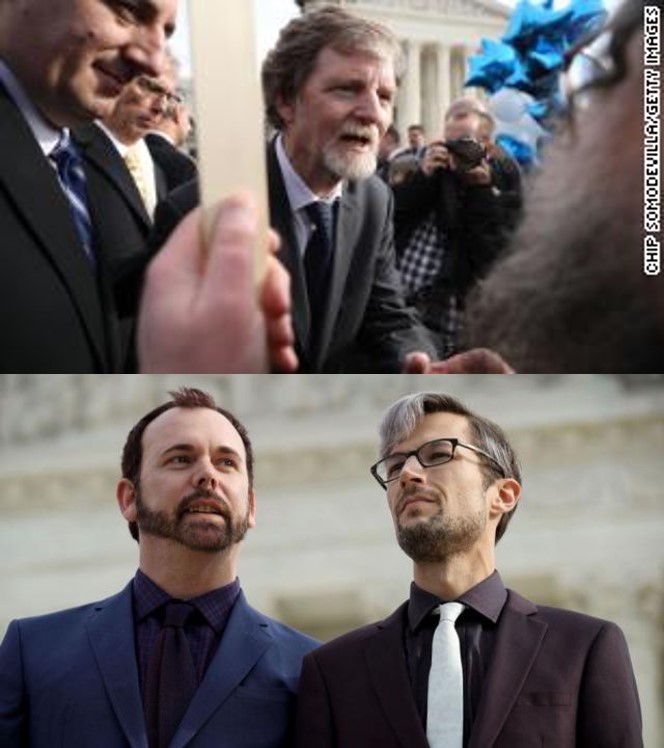 While the recent SCOTUS decision was against the gay couple, many are quick to point out how narrow the decision was.  As Steve Vladeck, CNN Supreme Court analyst and professor at the University of Texas School of Law put it, “Today’s decision is remarkably narrow, and leaves for another day virtually all of the major constitutional questions that this case presented.  It’s hard to see the decision setting a precedent.”

Jeff Amyx, who owns Amyx Hardware & Roofing Supplies first posted the sign in 2015 after marriage equality was enacted.  The owner removed the sign after intense backlash.  After the most recent ruling, Amyx has posted the sign again.

The U.S. Supreme Court ruled only on the narrow ground that the Colorado Civil Rights Commission made disparaging comments about the baker’s faith during the hearings.  The court ruled that the commission’s approach to the baker’s religious beliefs conflicted with the First Amendment’s requirement that these officials maintain neutrality with regard to religion.