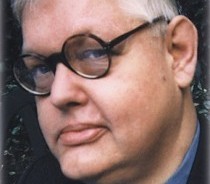 Our In Memoriam series pays tribute to LGBT individuals of note that have passed away. John Mitzel, writer and owner of Bostonâ€™s LGBT Calamus Bookstore, died on October 4, 2013 at the age of 65. Both shaper and historian of the cityâ€™s LGBT history, he wrote ten books of fiction, nonfiction, and poetry. Before purchasing the bookstore 13 years ago, Mitzel co-founded the radical newspaper Fag Rag in 1971. Last year writer Mark Thomas Krone wrote an extensive article about Mitzelâ€™s rich life.

JosÃ© Esteban MuÃ±oz, writer and academic, died on December 4, 2013 at the age of 46. He was a professor and former Chair of the Department of Performance Studies at New York Universityâ€™s Tisch School of the Arts and wrote and edited books dealing with race, sexuality, and gender including Cruising Utopia: The Politics and Performance of Queer Futurity and Disidentifications: Queers of Color and the Performance of Politics. Bully Bloggers wrote, â€œWe lost a fierce friend, a comrade, a wry and trenchant critic, a brave and bold queer voice and a true utopian in a world of pessimists.â€