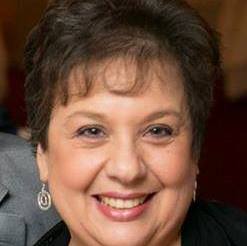 Right now, I’m just a member.  In the past, I served on the Rainbow Committee and as the GLBTRT liaison to the Diversity Committee.

I belong to the GLBTRT because advocacy and equality are important to me. In this political climate, the GLBTRT is even more important. The headway that we’ve made over the last ten years is being threatened.

So many organizations claim to serve this group, but so many of them still underserve anyone under their umbrella that is not gay or lesbian.  So often, people on other parts of the spectrum get either discriminated within the group, or are just flat out not accepted.  That’s not the case with the GLBTRT.

I am a member of PLA, RUSA, YALSA, and ALSC.  I have been active in RUSA CODES in the past, helping to plan readers’ advisory programs for conference.

I am the Library Director at the M.G. Parker Memorial Library in Dracut, Massachusetts.  We are a medium-sized library, serving a community of over 28,000.

I have a daughter who is 25.  She received her degree from Salem State College in Early Childhood Education and currently teaches in Chelsea, MA. I bought my first home last year, and have two dogs; a 10-year-old Pekingnese named Lizzy, and a 1 year old named Ginger who is 1/2 Basset Hound and 1/2 American Bulldog. Both are rescue dogs.

I’m most proud of the amazing woman that my daughter has become.

My colleagues in the Merrimack Valley Library Consortium inspire me every day.  They are doing amazing things with budgets that are constantly being threatened.  This past year, I have been the President of the Massachusetts Library Association.  MLA’s Legislative Committee has worked tirelessly to bring both funding and other issues to the attention of our legislators, hosting legislative breakfasts in several parts of the Commonwealth, and hosting a Library Legislative Day at the State House.  I would be remiss if I didn’t also mention MLA’s ParaLibrarian section.  The ParaLibrarians in Massachusetts often put us to shame with their organization and dedication.  Massachusetts is lucky to have so many dedicated ParaLibrarians that, with limited hours and compensation, work around the clock to bring professional development to others.

I always wanted to get a PhD.  I’m not sure that I’ll actually do that at this point in my life, but I would love to teach Library Science courses in Public Libraries, Management, Young Adult Services, and/or Readers’ Advisory.

I believe that if we want to survive, we need to continue to make ourselves relevant to the people we serve.  Given the current political climate, I think we can really step up and shine, preserving materials, no matter the format.  I believe that we have a solemn responsibility to be the conduit for discourse, and to remain open, free spaces, where anyone is welcome.

Again, given the current political climate, I would like to see the GLBTRT take a more active role in advocacy on a larger scale – not just for libraries and librarians, but for all those on the great stage.

This one’s easy – Prodigal Summer by Barbara Kingsolver.  I listened to that book on CD when I had a much longer commute to work. I still listen to it every spring.  Kingsolver reads it and she’s one of the few authors that do it really well.  I love her voice.  The audio also has additional sounds, like birds chirping.  To be transformed to the Appalachian Mountains in the rural south – to be so close to nature, the birds, wolves… I would be terrified to live in that world, but reading about it transforms me there and gives me the experience without the danger.