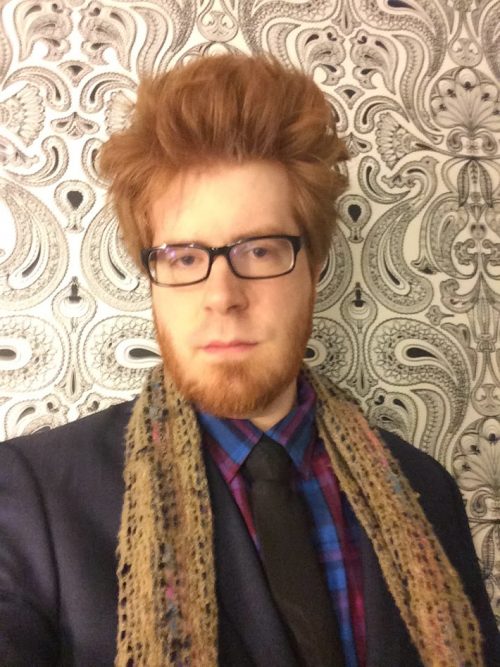 The GLBTRT is proud to highlight some of our past Emerging Leaders (ELs). Including people who are members of and/or sponsored by our round table, these spotlights will let you get to know some of the incredible people in our field and learn about the work that they’ve accomplished through the EL Program. Donate today to the GLBTRT’s Emerging Leader fund and continue supporting amazing new librarians!

Q: How did you first get involved with GLBTRT? What impact has the Round Table had on your life and/or profession?

GLBTRT was the first round table that I joined when I became a member of ALA. I got involved with doing things when Nel Ward sent out a call for people who wanted to review things for the newsletter. I got involved with that, and then I took a mid-year appointment to the Web Committee where I became the Blog Administrator. Around that time, Nel was in talks to update the mission of the News Committee, and we worked on changing it from a quarterly PDF to a weekly blog.

The round table has had an enormous impact on my professional life. It is where I have met many of my favorite people in the library world, and it is a group that I continually look forward to working with. It has provided me the opportunity to expand my network, and I’ve also had the chance to expand my skills working on various projects over the year. The round table was my starting point in national service that gave me the confidence to start getting involved with divisions and the association at-large.

Q: What opportunities or experiences have you discovered by being in the Emerging Leader program?

Since my time with Emerging Leader, I’ve gone on to take a number of leadership roles in library associations. I’m the Vice President of Membership for the Georgia Library Association, and I was elected as a Director-at-Large of the Intellectual Freedom Round Table. I’m also about to conclude a term on the ALA Intellectual Freedom Committee.

Q: What advice would you share with new librarians and library students about getting involved in ALA and other professional organizations?

Be like Shonda Rhimes and try to have some years of yes. When calls for volunteers go out, when people say that they need assistance, try to answer that call and then do the work that you’ve been asked to do. You’ll gain a reputation for being someone that others can count on in, and that will unlock future doors. The flip side is, though, don’t over commit! I have definitely been guilty of this, and it can be crazy making when it feels like you are pulled in a million different directions at once.

I’m also a big proponent of trying to start your involvement on a smaller scale, especially in round tables and with state associations. While GLBTRT is one of the bigger roundtables, I’ve always found it to be welcoming and allowed me to access a wide range of opportunities.

Q: What is your most memorable moment from the Emerging Leaders program?

My most memorable moment from being an EL actually happened while I was on a break during the EL meeting at Annual Conference in San Francisco. My at-that-time boyfriend Dale had come with me to San Francisco for the conference, and we went to have lunch before the poster session. We were basking in the announcement from early that morning that same-sex marriage was now nationally legal thanks to decision in Obergefell v. Hodges. While he was walking me back to the convention center, I turned to him when we were right outside and asked him if he wanted to get married. He said yes. We finally got married last October.

I was a little late to our afternoon meetup before the poster session, but everyone was quite understanding.

Q: How has the Emerging Leaders program impacted your career and professional involvement?

The program introduced to a number of phenomenal young professionals who I have no doubt will become future leaders of the library world. I believe in this program so strongly that I am currently actively trying to get other RTs and my state association to sponsor their newer members for Emerging Leader. It is something that has a cache in the library world and that I have seen have a positive impact on people.