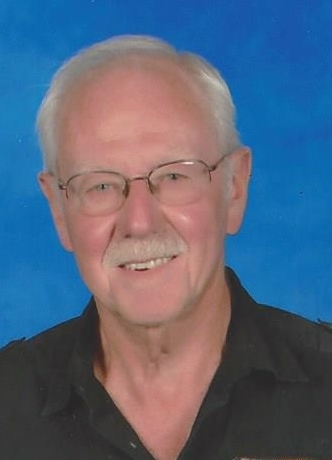 I really have not been active in the GLBTRT; although in 2001, my spouse and I made the first pledge and donation to start the book award endowment.

I’ve been a member of the GLBTRT and its predecessor the GLTF (which started as the Gay Liberation Task Force of the Social Responsibilities Task Force) since the New York Annual Conference in 1974, when the task force met in Barbara Gittings’ hotel room at the Hilton, I think.  So I’m probably one of the earliest GLBTRT members.  The Round Table has matured now into an important arm of ALA, ensuring attention not only to the needs of library staffs but also to the need for libraries to serve their GLBT communities.  Now that it has a voice at the highest levels of ALA policy-making, it can affect more inclusive thinking in the broadest spectrum of ALA activities.

I have been inactive since my retirement in 2014.  Prior to that I was an elected at-large councilor for nine years, chaired a few ALA committees, and served a term as president of LLAMA (then LAMA).  I was the newsletter editor for SRRT (the parent group for the GLTF before it became a round table of its own) for three years.  I was very active in the accreditation process as well, serving on a number of external review panels and chairing a few of them.

I began my library career in 1956, quite by accident, as a student summer employee in the DC Public Library system.  In 1963, I took a library assistant position in the Smithsonian Institution Libraries and later became the gift and exchange librarian, and then the administrative librarian, there.  In 1980, I became the assistant (later associate and senior associate) director of the MIT Libraries, before becoming the director of libraries of the University of Texas at Arlington, from which I retired in 2004.  While in Texas, I served as an adjunct professor in the MLS programs at the University of North Texas and Texas Woman’s University. In 2006, I became a professor of practice at the University of Arizona’s MLS program, teaching the foundations course, as well as academic library and management courses, and serving as the advisor to all master’s students.  I finally retired for the second time in January 2014. While at the UA, I served a term as president of the Arizona Library Association.

My spouse, Stephen Stillwell (who was also an active ALA, ACRL, SRRT, and GLBTRT member), and I met in the spring of 1971.  We were fortunate enough to be married in Washington DC in 2010, on the Sunday of an ALA Annual Conference.  The happy event was recorded in the minutes of the next morning’s ALA Council meeting.  We spent six months in Wales, with the intention of staying there for our retirement, but due to immigration laws in the UK, we ended up in Arizona, a few miles south of Tucson.  We’ve become active senior citizens doing some volunteer things, but we have decided that our combined seventy-five or so years of library engagement was enough.

I think I’ve had opportunities to encourage and mentor a lot of my staff and students to go on to bigger and better things.  Every time I see one of their names as having accomplished something, I have a momentary flash of pride that I may have had something to do with their success.  I have a lot of former staff and former students as friends on Facebook, and I get to celebrate their successes often.

I come from a family that believed that one has a responsibility to be a contributing member of the community.  I guess that inspired me to volunteer to do things, to be involved, and to take responsibility.  I think that still inspires me to say “yes” even when it’s against my better judgement. My spouse has inspired me throughout a half century or so to be bigger and better than I thought I was.

Even at seventy-five, it’s still good to have goals.  I have no professional goals.  I’ve either accomplished them or given them up at this point.  I still have a goal of making contributions to my communities, both my residential communities and other communities (e.g., church, bowling leagues).  I have a goal to celebrate my spouse’s and my fiftieth anniversary in a few years and be the best I can be for him.  And finally, my goal is to be a good parent to my son and my daughter and a good grandparent to our four grandchildren.

I suspect that the next few years will be hard ones for libraries as funding becomes more uncertain, but despite what our legislators and government officials think, our communities still value libraries.  Libraries will become even more visible and important to them as the information world becomes more complex and harder to navigate and as the gap between the information rich and the information poor grows.  In the long run, libraries will become a higher priority as community leaders realize that libraries are not (and never were) just buildings with books.

As we as GLBT community members become more and more recognized as equal members of society, I think the roundtable needs to continue to focus on the needs of GLBT community members and their needs for high quality information and the skills to use them.  Building the endowment so that it fully and completely has the ability to recognize award-worthy GLBT literature and information resources is a goal it should continue to pursue.

Meryton in Hertfordshire of course!  Pride & Prejudice has been my book since I was a teenager, and I’ve read it annually or semi-annually since then.  It would be an adventure to be part of its world.

Three Dog Night’s “Old Fashioned Live Song” (it was “our” song since we heard it about five times the day we moved into our first apartment in 1971).  Three Dog Night were the stars of one of ALA’s scholarship bashes, and we got to hear them sing it live.

I think the meaning of life is different for each of us.  For me it has to do with making use of whatever limited abilities I have to leave the world a better place than it was when I entered it.