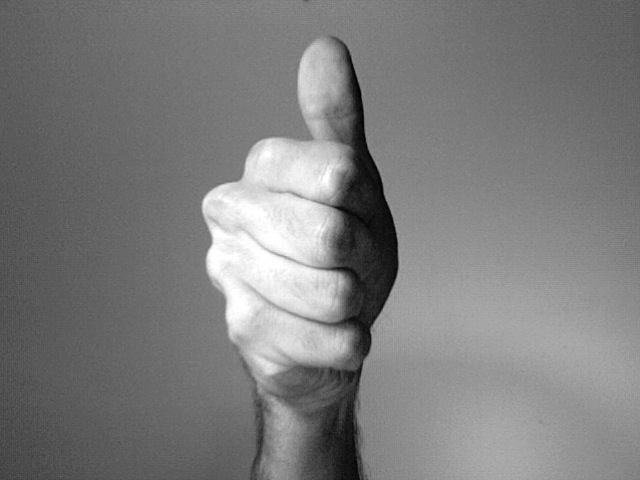 (Image by hobvias sudoneighm via Flickr, used by permission of Creative Commons license.)

Thanksgiving is nearly upon us (or was a month ago, for our Canadian friends)! Between that and the fact that I’ve been doing Queer Quest for a little over a year now, this month I’d like to look back at some of the good stuff that’s been happening for queer geeks lately, and share a few of the things for which I’m most thankful.

Streaming services like Netflix, Hulu, and Amazon have taken to producing their own TV-equivalent programming in recent years, as well as providing access to existing TV and film. Interestingly, this has turned out to be good news for queer representation in all kinds of shows. Citing GLAAD’S Where We Are on Tv 2015-16 report, Out.com recently noted that the streaming services are vastly outperforming network TV in numbers of queer characters, including a higher percentage of trans characters among these. While, as Out.com also notes, racial diversity amongst these characters could still definitely be better, that’s a strong start for the streaming world. This has meant big mainstream streaming shows like Orange is the New Black with substantial queer representation, of course, but it also creates an opening for more queer-representing SF and fantasy shows for the geekier palate. This opportunity has already begun to be realized: for example, by Netflix’s Sense8, which I wrote about here a few months back. All that and you can watch the whole season whenever you want. Pretty good stuff.

Streaming video providers aren’t the only outside-the-mainstream entertainment sources to push boundaries, of course. Digital distribution platforms, crowdfunding, and other online services have made it easier than ever for independent creative work to reach a broad audience. Not only has this allowed some smaller, quirkier productions to become surprisingly big hits, but it also makes it easier for diverse and queer-positive content to get made: both of which facts have been evidenced by the podcast Welcome to Night Vale, for one example. In the “Diversity in Comics” panel at ALA Annual this summer, a number of the presenters discussed how much more easily queer content can be included in independent comics, without having to answer to central editing. In comics circles, in particular, the ease of webcomics publishing and the use of services like Kickstarter are helping to support more and more independent creators through to broader popularity. Independent and DIY content creators have so far helped bring a lot of queerness to the table in all kinds of media, and the fact that it’s only getting easier for them to get their work out there means good news for all of us.

While I was somewhat ambivalent when I wrote about the option of queer romances in video games, the fact that they’ve been showing up major mainstream games is still cause for celebration. Of course it’d be nice to see more games create more characters who are LGBT as part of the story, rather than just giving the player the option to play them out that way. But acknowledging that some players will want to play characters with attractions other than straight (as well as genders other than cis male, and races other than white) is a step in the right direction, especially in big-name titles. Furthermore, as BioWare has proven, a company that’s willing to take that step seems more likely to be willing to keep moving forward, including more characters in future titles who are canonically gay, bi, and trans. I’d imagine that’s especially the case if a game with same-sex romance options sells well: the optional romance can serve as a kind of test balloon for the market. And if that’s the case, well, the Mass Effect and Dragon Age series certainly haven’t been hurting for sales, and somehow I haven’t gotten the impression people stopped buying Rockstar games after you could kiss boys in Bully. If they are a test balloon, queer romance options in games seem to be taking off just fine, and that’s hopefully good news for the future of games. And, let’s be real, for now it’s good news for those of us who just want to kiss our cute companions in video games. Why should straight guys get all the wish fulfillment?

As I’ve noted in the past, while children’s literature has made some real strides, it can still be tough for children’s television to touch on queer issues and representation. That’s why it’s so great, though, that there are animated kids’ shows out there committed to finding ways to hint, imply, and metaphor their way to inclusion. From The Legend of Korra‘s ending with an ambiguous moment between two female leads that was later confirmed as romantic, to Steven Universe‘s semi-figurative flirtations with same-sex romance and gender fluidity through a race of genderless but female-presenting aliens, we’ve been getting a relatively wild ride from cartoons lately, at least on the SF and fantasy end of things. And more importantly, more queer-identifying and questioning young people are getting to see characters and situations they can identify with, and see themselves in. For that reason alone I’d be eager to see more animated series testing these boundaries and seeing what they can get away with… but of course, it doesn’t hurt that I have a great time watching them, too.

Okay, it might seem a wee bit self-congratulatory, but one of the best resources out there for queer geeky librarians is always… other librarians. If we’re looking for some genre fiction to read with good queer representation, we can pretty much always trust that one of our colleagues, out there somewhere, has already made just the list we need. For example, check out this list Kelly Dickinson posted last year on YALSA’S The Hub, of YA LGBTQ+ speculative fiction. It covers high and urban fantasy, superhero fiction, SF, and dystopias, and should be a great resource for you or an important young person in your life. Closer to home, our roundtable’s own Robert Ridinger covered LGBT science fiction/fantasy just this year in Off the Shelf #4, over on GLBT Reviews. And lest I fall prey to my own stereotypes here, I note it’s not just books, either: of all the great resources out there for discovering queer-positive media of all types and formats, librarians ourselves remain one of the best. So let’s hear it for us. We’re pretty cool. Also modest.

Anyway, regardless of whether you’ve got turkey in your near future or not, I hope all this has given you at least a little reason to smile. As much as there’s definitely still plenty of work to be done in media representation of queer people and issues, there have also been a number of developments that are worth pausing to appreciate. Let’s celebrate them, and keep moving forward.