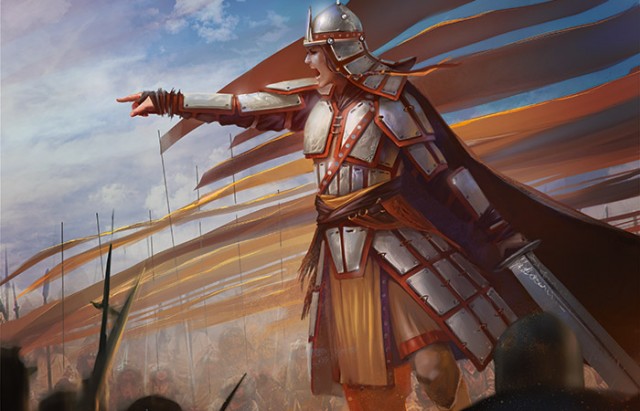 As you might have guessed from the title, I want to talk specifically about trans representation in today’s column, and I feel like this would be a good time to provide a bit of a caveat. Which is: I’m cis, and while of course I’m invested in the just treatment of trans folks and have been glad to accept my responsibility to educate myself on the relevant issues, I don’t have personal experience of what it is to be a trans person or view the world from a trans perspective. I hope I don’t, but there’s the chance I might, misrepresent things out of inexperience or take a position some trans people might really disagree with (while still others might agree, for that matter). These are the risks we run when we try to think outside ourselves, and I accept them. I’m always grateful for the perspectives of others with more personal experience of these matters. The same could also be said for a lot of issues that I touch on when I write about this stuff. There are millions of incredibly different LGBT+ people in the world, and I’m just this one cis white lesbian who happens to be writing a column, you know? My perspective on any number of things may not be yours, and I may get things totally wrong sometimes. But I appreciate your patience, and I’m always willing to learn. Okay, end of caveat.

A couple of stories have been reported on this blog in recent memory about trans characters in high fantasy media, especially in games:  a discussion by Dragon Age: Inquisition writer Patrick Weekes about the game’s trans character, and an announcement of the first trans character to appear in Magic: the Gathering. The most recent edition of Dungeons & Dragons also explicitly encouraged players to consider creating trans characters (although some related controversy has also arisen around the new edition), and around the same time Pathfinder also  introduced a trans iconic character. Similar trends have arisen in high fantasy print fiction, as well, with trans main or supporting characters becoming more common in recent years. Trans representation has been gaining a little bit of ground – at long last – in popular media in general, but speculative fiction seems to be particularly excelling in this area of late.

One factor may be that the community around fantasy and science fiction tends to skew progressive – or at least to like to think of itself that way (although that’s a can of worms for another column). As awareness of trans issues has begun to expand further into the mainstream, creators and fans in these genres have been relatively quick to embrace it – or in many cases, had already long since done so, often due to being trans themselves. Another factor is that, at least to some degree, there’s a substantial history of precedent for queering gender in spec fiction. Magic in high fantasy, technology in SF, and the biology of imagined races in both have created opportunities for authors to represent nonbinary genders or genders in transition for a long time, even when representing actual trans people might not have ever occurred to them. Ursula K. Le Guin’s The Left Hand of Darkness (1969) is a classic example, presenting a genderless alien race; or to go back further still, Virginia Woolf’s Orlando (1928) could even be said to be an early work of speculative fiction, and certainly one including elements of gender transition. Countless other examples have come between and after these two, as well, of course. This storied history has created a natural space in speculative fiction for inclusion of trans characters, and for plotlines revolving around diverse genders.

Unfortunately, what it’s also created are bad habits. Too often, in more classic cases, these representations have tended toward uncomfortable exotification. Nonbinary genders or gender transitions presented as arising from fantasy or science fiction elements have a frustrating tendency to become just ways for authors to show the “otherworldliness” of the setting. Characters transgressing binary gender boundaries are often presented as fantastical beings by that nature, ignoring the fact that gender diversity already exists among quite ordinary people on our own mundane Earth. These tropes have progressed over time into more nuanced portrayals of actual trans people in spec fiction, but especially in high fantasy, they still show up more often than we might like. Cheryl Morgan’s excellent critical history provides a more thorough survey of how these issues have evolved in fantasy and science fiction.

And even when trans characters are represented simply as trans characters, with their gender identity only one part of their being, the nature of speculative fiction settings can create problems around them, especially high fantasy settings. Typically these settings are premodern by some significant distance, precluding the possibility of medical procedures for gender affirmation for trans characters, whether they would desire it or not.  Magical transition may be an alternative in some cases, but even then or in settings where it isn’t, depending on their own experiences it can be very uncomfortable for some trans fans to even contemplate the practicalities of the character’s life in that situation. With its often direct line of heritage back to Tolkien, also, high fantasy can tend to be very Eurocentric, and for that matter (although for different reasons) science fiction can be as well. The representation of trans characters of color in these genres can be disappointing as well, especially considering how disproportionately trans women of color suffer from violence and discrimination in the real world. It’s frustrating to think trans folks of color can’t even catch a break in what should be pleasant escapism.  Furthermore, even as heartening as it is on the surface that many cis writers in speculative fiction embrace writing trans characters, they can also be more prone to fall into the traps of hurtful stereotypes: aligning these characters with themes of disguise and duplicity; portraying the character’s birth gender as a secret “truth” about them to be uncovered; or casting these characters ad nauseam as nothing but tragic or victimized. (Morgan’s essay points out some of these instances, and she also makes a similar case in her review of Amanda Downum’s The Bone Palace.)

These critiques are valuable and important to make, and are part of what’s made it possible for speculative fiction (and other types of fiction) to come so far in the portrayal of trans characters. At the same time, it’s good to see so many efforts being made in fantasy and SF toward inclusion and diversity around these issues. So I wouldn’t be so presumptuous as to say I have a solution for problematic representations of trans people in spec fiction, but I do have a suggestion for how things might continue to improve, and it’s a pretty simple and obvious one:

The same is true for pretty much any issue of representation, actually. Sometimes, critiques of stereotypes and problematic representations can make creators hesitant to try to represent minority characters at all, but I’d argue that’s the exact opposite of the right response. The rarer it is to see a member of a given group in fiction, the greater the burden of representation is that falls on each individual character. Under those kinds of circumstances, the slightest imperfection can become seriously problematic. On the other hand, the more a group is represented in general, and the more a group is represented within a given work, the less of an issue it becomes if this character falls into slightly stereotypical behavior or if that one ends in tragic circumstances. It’s my firm belief that the way to address problematic representation is not necessarily with different representation so much as more representation. Although, of course, there are those instances where a representation is just outright offensive and should be done away with altogether, but we can hope those will be relatively few and far between.

And on that note, if I may return to my opening caveat here: I am indeed just one cis white lesbian, and I only have so much experience of what might be out there, in terms of representation.  So if there’s a geeky thing that’s dealing with queer issues or representing queer folks that I’ve missed, and you’d like me to take a look at, then please let me know! You can always suggest something in the comments, or use the GLBTRT News Committee contact page to reach me as well.  You can even tweet at me, if that’s your taste: @arlierman I’d love to hear from you!