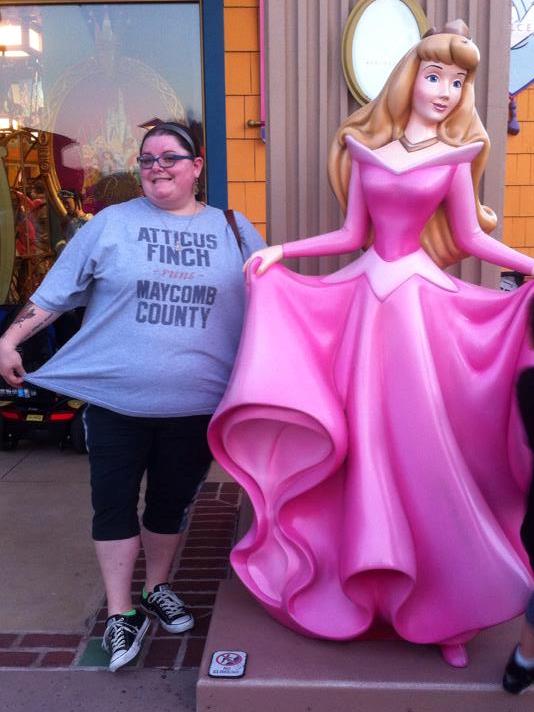 Dawn is a member of the GLBTRT. She hopes to participate in the Rainbow List or Stonewall Awards committees in the future.

Until recently, she was a graduate assistant at Florida State University’s Goldstein Library while earning her MLIS.  Now she is a doctoral student in the same program, working as a teaching and graduate assistant.

She’s been married to her wife Anna for 16 years, and they have a spoiled guinea pig named Sir Merriweather Peeg of the Shire (Peeg for short).  She’s a book and comics geek, loves to play tabletop games and Everquest 2, and tries to embroider strange things whenever she has the time. Anything involving time travel is going to catch her attention. She also collects cheesy plastic snow globes and terrible religious tracts.

Her passion? “Intellectual Freedom, LGBTQ young adult literature, rural Southern libraries, and the nexus where all these intersect.”

She has a lot of goals! Short term: Make it through the doctoral program in one piece, present a poster at a conference, take her wife to the Wizarding World of Harry Potter, go to DragonCon, get published, and go to ALA 2016 in Orlando. Long term: Move somewhere she can be legally married, and figure out a career – Teaching? Librarianship? An LGBTQ organization? Publishing? “Ultimately,” she says, “I need to figure out where I apply to be Pagemaster.”

If she could have a dinner party with five culturally or historically significant figures, living or dead, she would invite Nellie Bly, Sylvia Plath, Sherman Alexie, Eugene Walter, and Stephen King.