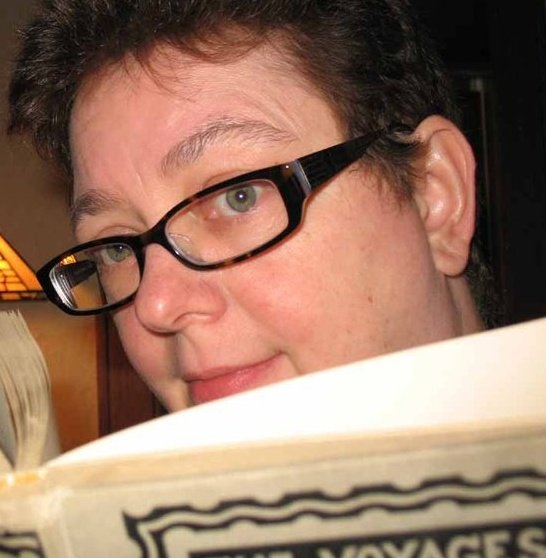 Long-time member of the GLBTRT, KT served on the Stonewall Book Award Committee in 1987. One of her best memories from that experience was having lunch with one of that yearâ€™s winning authors, Joan Nestle, who won forÂ A Restricted Country. More recently sheâ€™s served on the Rainbow List Committee and the Stonewall Book Award Ad Hoc Committee, appointed by the Board to make recommendations about committee structure, terms, etc.

As Director of the Cooperative Childrenâ€™s Book Center, KT started working at the childrenâ€™s and young adult literature research library and examination center in 1980, starting as a library school student. She loves her job, a good thing because she spends most of her waking hours doing something work related.Â She is especially interested in equity and diversity issues within the field of childrenâ€™s and young adult literature and library services. She also worked as a youth services librarian at Madison Public Library.

Although KT spends much of her free time reading books for work, she tries to find time for genealogy, recently taking MOOCs (Massive Open Online Courses). She just completed one on genetics and is looking forward to spring courses on human evolution and Thomas Jefferson. A long-time fan of the Jackson 5, she has such a massive personal collection that Motown calls her when they need to borrow something!

KT said that the thing she is most proud of is being out at work her entire adult life: â€œI know itâ€™s not a luxury everyone has, particularly people who work with children, but since I always felt safe being out in the workplace, I felt it was my obligation to do so, inspired by the words of Harvey Milk. I was working at the public library just at the beginning of the lesbian baby boom and had a lot of moms who would approach me for book recommendations. I frequently got reference questions at community events and people would sometimes call me at home. I even once fielded a reference question in the bathroom line at a Ferron concert.Â  Itâ€™s great to be visible in that way. Most of all, itâ€™s an honor to be trusted.â€

KT lives with her partner, Emily Kokie, an attorney and author of the young adult novel Personal Effects, which deals with â€œDonâ€™t Ask Donâ€™t Tell.â€ Kokie is currently working on a lesbian YA novel! The two of them have a shih tzu named Chewbacca. KTâ€™s Â goal is to travel to Brazil someday.

I asked her who she would invite if she could have a dinner party with five culturally or historically significant figures, living or dead. Because she loves to â€œdish,â€ sheâ€™d pick fascinating LGBTQ folk from the childrenâ€™s book world who have great gossip to share: Louise Fitzhugh, Ursula Nordstrom, Margaret Wise Brown, Bill Morris, and Roger Sutton. That would be a party!