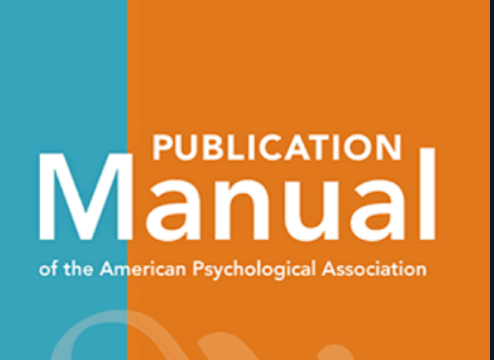 The 7th Edition of the Publication Manual of the American Psychological Association dropped recently and included among the wide-ranging changes is an updated and expanded section on bias-free writing. No longer a subsection of Chapter 3 “Writing Clearly and Concisely,” there is now a whole section entitled “Bias-Free Language Guidelines.” While the chapter title comes on a little strong, the contents of Chapter 5 are expansive and flexible in a lot of exciting ways. I could talk about the whole of the chapter for a day, but here I want to focus on the contents of 5.5 and 5.8 which are “Gender” and “Sexual Orientation” under “Reducing Bias by Topic” respectively.

The endorsement of the singular they (APA 7th edition, 5.5 and 4.18) is perhaps the most discussed update. While the 6th edition recommended against using the generic “he,” the rhetorical gymnastics the Publication manual did recommend ranged from the awkward and not fully inclusive “he or she” (albeit with the caveat that it should be used only sparingly because of its awkwardness) to finding ways to make the subjects of sentences plural to justify the use of “they/them.” No more! Now, the guideline is: “use the singular “they” to avoid making assumptions about an individual’s gender” (5.5).

The full extent of the recommendations on gender and pronoun usage has been less covered, and the recommendations go so much further than the singular they. Not only is the singular they explicitly endorsed for generic constructions, persons whose pronouns are not known, and when gender is irrelevant to the issue under consideration, so too are neopronouns. Encoded in the Publication Manual is the affirmation that pronouns like “ze,” “hir,” “per,” and more are in usage and should be used when identified as correct by the subject. Moreover, the manual states that careless pronoun usage can imply a sexist bias by gendering certain professions. Those librarians who do not use “she/her” pronouns can no doubt relate to the warning in 5.5 that gender-specific language in professional writing can ostracize those readers whose identities do not match gendered assumptions from a text.

Avoiding cis- and heteronormative implications is a key element of these updates. The section opens with explicit definitions of “sex” and “gender” that acknowledge the social construction of both. The Manual recommends “assigned sex at birth” over “birth sex” because the (incorrect) implication of the latter is that sex is immutable and binary. Avoid also the construction “preferred pronouns.” Instead, use “‘identified pronouns,’ ‘self-identified pronouns,’ or ‘pronouns’” as these avoid the implication that there is a choice involved in using someone’s correct pronouns. The manual writers further instruct authors to clearly identify the gender identity information of the persons in their sample populations, a recommendation which includes identifying cisgender participants as such to avoid the assumption that all people are cisgender unless otherwise stated. The provided list of selected specific terms under the transgender and gender-nonconforming umbrella includes “genderqueer,” “agender,” and “two-spirit” with the appropriate note that the last of these is specific to Indigenous and Native American communities. Inclusive group nouns are also now de rigueur. Among other examples: as opposed to “mankind,” use “humanity.” Finally, the new guidelines eschew terms like “opposite sex” or “opposite gender” in favor of constructions that do not imply a binary.

The recommendations in 5.8 expand the spectrum of sexual orientation in the same way that 5.5 expands the spectrum of gender in APA style. Section 5.8 first conceptualizes sexual orientation by degree and then by direction. It starts from a place of asexual inclusion guided by The Asexual Visibility & Education Network’s recommended language. This is followed by a non-exhaustive but surprisingly wide range of labels to capture direction of orientation. When talking about groups of people of diverse sexual orientation and gender, the Manual notes that “LGBT” alone is considered outdated but that there is no consensus on which abbreviation beyond “LGBTQ” is the ideal. Moreover, identity-first language is the recommendation for all orientations to avoid collapsing a diversity of identities and experiences under the label “homosexual.” For identities outside the LGBTQ+ umbrella, the manual writers offer a soft recommendation of “straight” over “heterosexual” in part to move away from a homosexual/heterosexual dichotomy. Whatever construction a writer uses, the manual recommends ensuring that all people under consideration are included therein and that using subject-identified terms is best when possible.

What are the results of these changes? After all, it is incumbent on individuals with their own range of implicit and explicit biases to ensure that users adhere to these guidelines on bias-free language. But I am more optimistic than that. For one thing, I feel really seen by these new dicta on proper, formal writing. I am a bisexual, agender person and I use both she/her and he/him pronouns. As I read Chapter 5, and indeed the rest of the 7th edition Publication Manual, I saw all these elements of my identity affirmed. “Bisexual person” is an example of identity-first language. “Agender” is included in the list of possible identity labels in the section “Transgender and Gender-Nonconforming People.” A hypothetical person who alternates “he” and “she” is an example of someone using more than one set of pronouns. Similar examples subtly suffuse the Publication Manual as a whole (although not so much the multiplicity of correct pronouns example). This is not to say that the 7th Edition is perfect, but it certainly takes leaps and bounds forward toward a better, more inclusive future.

Chapter 5 closes with a section on Intersectionality. To quote 5.10: “Because people are unique, many identities are possible.” This write-up has been a quick overview of two sections of a whole chapter on bias-free language and I strongly encourage you to dig into the rich resource of the 7th Edition of the Publication Manual of the American Psychological Association. I am thoroughly energized about the ways this guide can push language forward.

1 thought on “Gender, Sexuality, and the APA 7th Edition”