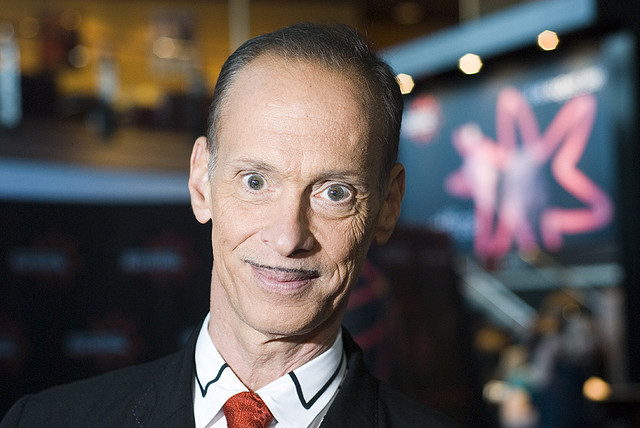 Future GLBT News will also publish profiles of GLBTRT members. If you would like to write a profile for this space, please contact the editor.

Advocate has highlighted 25 LGBT movers and shakers who are over 65, yet â€œcontinue to inspire us and havenâ€™t allowed the age formally known as retirement to sideline them in the battle for equality.â€ Among the activists are these nine authors, eight writers and one photographer.

John Waters, 67: Maverick filmmaker began with popular cult films such as Pink Flamingos and Hairspray before writing such satiric books asÂ  His view of the world: â€œI always said that my audience is [made up of] gay people that donâ€™t get along with other gay people.â€

Rita Mae Brown, 68: Sometimes called the mother of lesbian feminism for her novel Rubyfruit Jungle, she gained fame for being removed from the National Organization for Women because founder Betty Freidan feared that the â€œlavender menaceâ€ of lesbianism would hold back the fight for womenâ€™s rights.

Felice Picano, 69: Throughout his prolific career, he has written more than 25 booksâ€”fiction, poetry, memoir, and general nonfiction as well as plays and screenplays. He was a co-founder of the Violet Quill, a group of influential gay writers such as Edmund White. Death threats came after The Lure was the first gay-themed book chosen by the National Book Club. He didnâ€™t stop: his most recent book, 20th Century Un-Limited, was published in April.

Jewelle Gomez, 64 (just before the article came out): The Gilda Stories, her award-winning first novel, has been in print for over 20 years. Part of her current activism is marriage equality: she and her wife, Diane Sabin, were present to hear the Supreme Courtâ€™s recent ruling that overturned Californiaâ€™s Prop 8 at the San Francisco city hall. They were also present nine years earlier when San Francisco issued marriage licenses before Prop 8 made marriage equality in the state illegal.

Lee Lynch, 67: The award-winning author began her writing career almost 50 years ago as a contributor to The Ladder, the earliest national lesbian magazine. Her monthly column, The Amazon Trail, has been syndicated in LGBT and feminist publications since 1986. Lynch is one of the few remaining authors who published with the legendary Naiad publisher Barbara Grier.

Jim French, 81: A legendary perfectionist, this photographer focuses on the attractive, the sexy, and the well-composed. His first book of male photography, Male, was published in 1972; Tinker, Tailor, Soldier, Sailor: Jim French Polaroids, early images used as reference material for his drawings, came out this past fall.

John Ashbery, 86: Considered one of Americaâ€™s foremost poets, John Ashbery has written more than 20 books and received almost every major prize in his field. The award-winning 1975 Self-portrait in a Convex Mirror references Parmigianinoâ€™s 16th-century painting that depicts the artist reflected in a convex mirror. In â€œHow to Continue,â€ Ashbery elegizes those who died early in the AIDS crisis, painting the gay retreat Fire Island as â€œa marvel of poetry/and irony,â€ a place of â€œfriends and lovers galore â€¦ moonshine in winter/and starshine in summerâ€ until â€œa gale came and said/it is time to take you all away.â€

Larry Kramer, 78: The authorâ€™s 1978 book about Fire Island residents, Faggots, was initially banned from bookstores but stayed in print. Currently, his book The Normal Heart, about the AIDS crisis in the United States, is being adapted into a play. He is also working on The American People, a 4,000-page history of gay life in America from prehistory until present day due to be published in 2014 by Farrar, Straus and Giroux.

Alice Walker, 69: Best known for The Color Purple, Walker has been a lifelong activist from her participation in the Civil Rights movement to her recent advocacy for Chelsea Manning, the soldier convicted of giving classified information to WikiLeaks. The bisexual author has recently published a collection of essays, The Cushion in the Road: Meditation and Wandering As the Whole World Awakens to Being in Harm’s Way, and a book of poetry, The World Will Follow Joy: Turning Madness Into Flowers. A documentary on her life, Alice Walker: Beauty in Truth, by lesbian filmmaker Pratibha Parmar, was released this year.