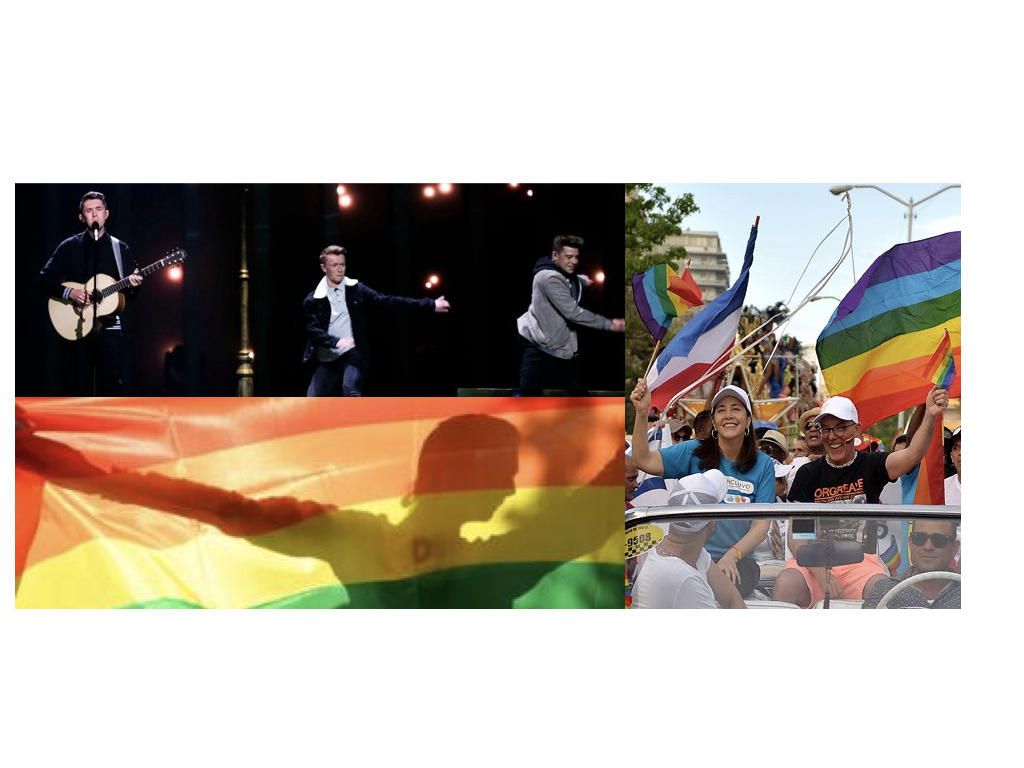 Eurovision pulls plug on China after censorship of LGBT act

China censored an LGBT-themed performance on the Eurovision Song Contest, so the European Broadcasting Union is barring Chinese Mango TV from airing the second semifinal and finals.

Portugal’s parliament approved a law that would have allowed citizens to change their gender at the age of 16.  The president vetoed it, leaving parliament to either amend or vote to override the veto.

Mariela Castro joined Chilean transgender actress Daniela Vega and thousands of other Cubans in the Cuban conga – Cuba’s version of a pride parade – in the 11th annual Cuban Campaign against homophobia.