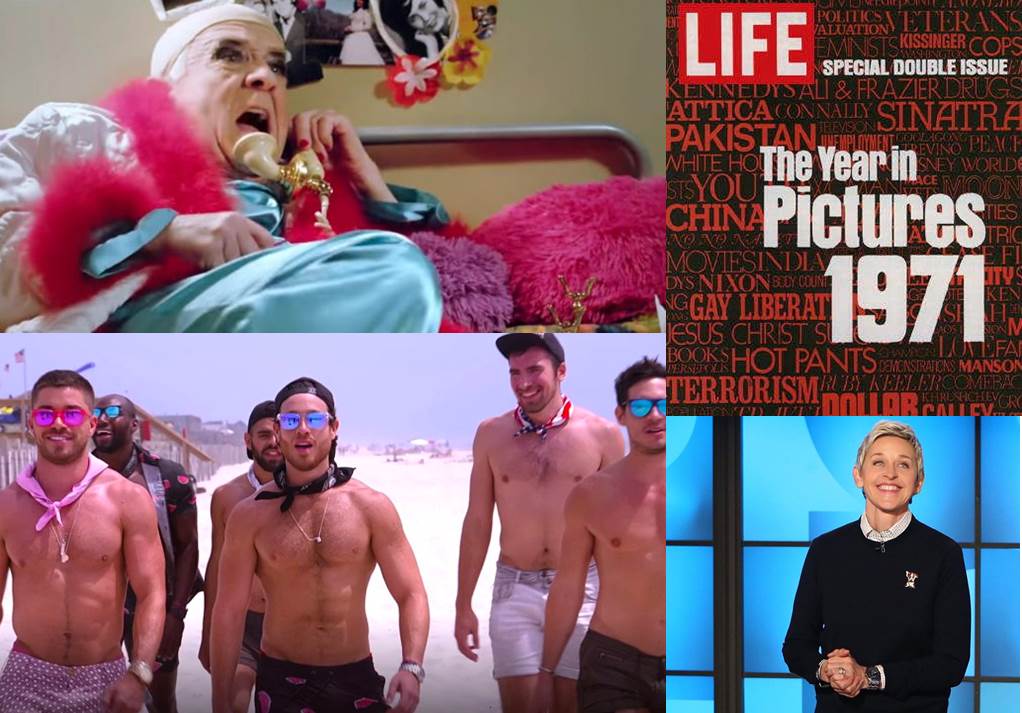 The all-star cast of the movie and TV series Sordid Lives will be back in the film sequel, A Very Sordid Wedding.  The film is set in Winters, Texas in the weeks following the US Supreme Court’s ruling on marriage equality.  The film will have a two week exclusive release in Palm Springs on March 10th.  Check the film’s website for additional dates.

The show’s creator used a visual storytelling device to tie the various story lines together: the 1971 “Year in Pictures” edition of the now-shuttered Life Magazine.  I’m sure many will recall seeing the groundbreaking photo spread titled “Homosexuals in Revolt” with the words “Gay Liberation” on the cover.  Google books has an electronic copy available.

Ellen is heading back to her prime-time roots, this time as host of a new NBC game show called Ellen’s Game of Games.  So far, six episodes of the show have been ordered.  The show will consist of ‘supersized versions’ of games that appear already on the DeGeneres daytime show such as ‘No or Go’ and ‘What’s in the Box?’

Fire Island, a new reality TV show from Logo, produced by Kelly Ripa and Mark Consuelos, just released the first trailer and introduces us to the six new characters that will be inhabiting a Fire Island house.