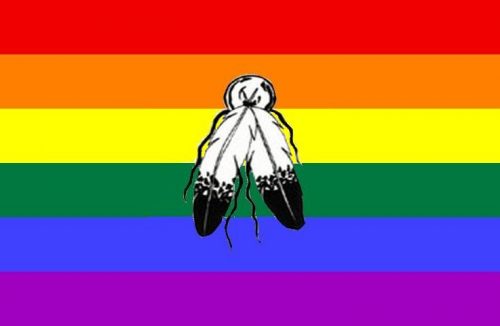 A Two Spirit person is a male-bodied or female-bodied person with a masculine or feminine essence. Two Spirits can cross social gender roles, gender expression, and sexual orientation.

Two Spirit (or Two-Spirit) is used by many American Indian and Canadian First Nations people, and is distinct from Western ideas of homosexual or transgender. Many Native groups embraced queer or gender-nonconforming individuals before the arrival of Europeans, and the Two Spirit movement seeks, in part, to reclaim this history of cultural acceptance. The term originates from an Anishinaabemowin (Ojibwe) phrase, and replaces earlier, offensive terms imposed by colonists. In the early 1990s, the term gained traction among the LGBTQ Native community as a way of building unity across various groups and languages.