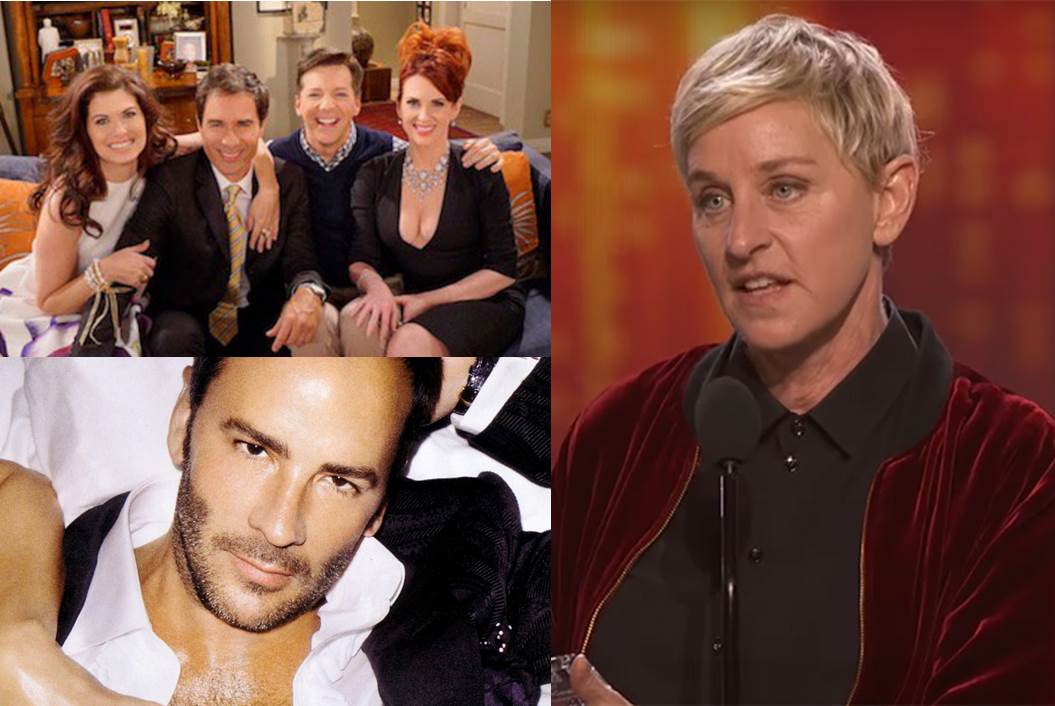 It’s Official: Will & Grace Is Coming Back

NBC has confirmed that it has ordered 10 new episodes, 10 years after going off the air.  This will be the 9th season of the hit show.  Will & Grace is one among the growing trend of revived series such as Full House, Gilmore Girls, and Arrested Development.

Do you remember the sitcom ‘Ellen’ starring Ellen DeGeneres which aired in the 1990s?  Maybe you also remember the episode where Ellen came out, and the ensuing controversy which included the addition of a parental advisory at the beginning of each episode?  If you do, it may be especially gratifying to watch her pick up three additional People’s Choice awards bringing her grand total to 20.  DeGeneres gave an excellent speech to commemorate the milestone.  Follow the link above to watch.

While we recognize LGBT+ actors, we seldom consider sharing the love with LGBT+ directors.  Check out this list of 14 gay directors doing great things in Hollywood.