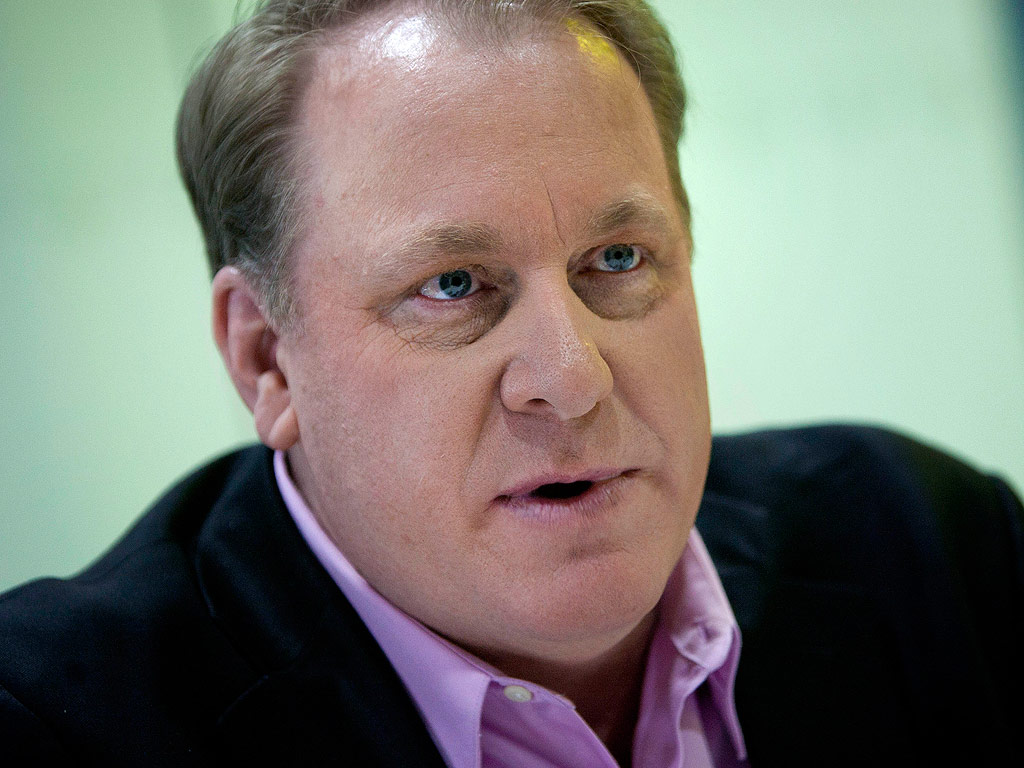 Curt Schilling, a former professional baseball player and current ESPN commentator, has been fired from ESPN for sharing a transphobic meme and making transphobic comments on Facebook. Via New York Times:

Schilling, who had worked for the network since 2010 and most recently offered analysis on “Monday Night Baseball,” was dismissed after sharing a Facebook post this week that appeared to respond to the North Carolina law that bars transgender people from using bathrooms and locker rooms that do not correspond with their birth genders.

The post showed an overweight man wearing a wig and women’s clothing with parts of the T-shirt cut out to expose his breasts. It says: “LET HIM IN! to the restroom with your daughter or else you’re a narrow-minded, judgmental, unloving racist bigot who needs to die.”

To that, Schilling added: “A man is a man no matter what they call themselves. I don’t care what they are, who they sleep with, men’s room was designed for the penis, women’s not so much. Now you need laws telling us differently? Pathetic.”

“ESPN is an inclusive company,” ESPN said in a statement. “Curt Schillinghas been advised that his conduct was unacceptable and his employment with ESPN has been terminated.”