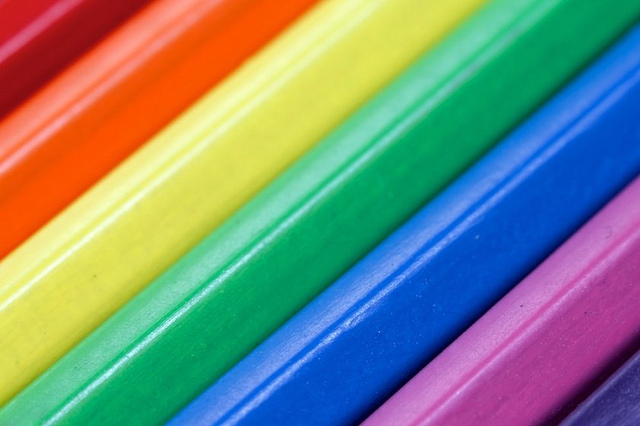 Most of us have just recently returned from visiting with friends and family over the holiday season.  For many of us, the late December break comes with religious undertones.  At my family homestead, it’s as blatant as hand-carved nativities and reading from the Book of Luke.  Inevitably, the combination of scripture, and a homogeneous house-full of heterosexual couples always brings me back to a persistent wondering: “What’s God got against the gays?”  My extended family is not composed exclusively of straight people, but, especially around religious holidays, those of us on the queer spectrum are either conspicuously absent, or conspicuously single.  The patriarchs of the various clans all espouse the ‘abomination’ view of same-sex attraction: “If a man also lie with mankind, as he lieth with a woman, both of them have committed an abomination: they shall surely be put to death; their blood shall be upon them” (Leviticus 20:13).

Put to death?  That is some serious displeasure.  Why such a vicious view?

It’s an incredibly complex topic, and I don’t pretend to have any answers, but I do think a blog post is enough time to discuss at least two big underlying questions here:

The first question is an ongoing debate within the religion itself, new lgbtq-friendly churches vs. traditionalists, and the second question ties in with a number of relatively recent news stories – in October there was uproar about whether or not a researcher at UCLA had discovered a ‘gay gene’ and just a few days ago presidential candidate Ben Carson faced an activist who asked him ‘Do you think I chose to be gay?’ – so I’m sticking with the current events theme of this column, honest!  They’re two questions that remain frequently at the forefront of my mind, and it seems like they still spend quite a bit of time debated in the public arena as well.

After the Bible quote I shared, it’s probably no surprise that many think the answer to Question One is foregone.  But there remains some cause for doubt.  Since I’m a librarian, I’ll recommend a few resources for further exploration of this topic, rather than blab on about it myself:

Ultimately though, I think a lot of the debate gets confused between what the official teachings of the organized religion says and what an omnipotent, non-corporeal presence may truly feel.  There are biblical literalists who would argue with me there – No!  The Bible speaks exactly the truth!  No interpretation went into writing it, nor needs to go into reading it! – but there are also a goodly selection of people that may be able to step back and realize the Bible and religious teachings in Christianity have also been used to justify the Crusades, slavery, etc. and maybe societal mores and interpretations do come into play between how God actually feels, and how religious teachings say He feels.

So in short, if there is a God, who really knows how He feels?

As to Question Two, I think a lot of passion goes into this debate because people feel that the answer changes whether or not homosexuality is a moral issue.  In fact, most of the articles attacking the recent UCLA ‘gay gene’ study discussed just that, mainly accusing that the research was funded by a gay man, and carried out by a researcher who was also gay, to “justify their immoral lifestyle”.  I’m going to take a bold stance though, and say, ultimately, as far as religion goes, I don’t think it makes any difference to the moral question, whether or not homosexuality is inherent.  Christianity has quite the theme of resisting temptation running through a whole host of teachings; resisting all sexual expression is a topic to which rather a bit of conversation is devoted.  I think the religion would be justified, should we ever find definitive proof of a ‘gay gene’, in saying, “Fine. But it doesn’t matter.”  All human beings are born with a whole host of sensual instincts, and most of the Christian teachings as a whole are devoted to when and how we should resist those very natural urges.  Sex within the confines of marriage.  You can enjoy your food, but not too much or you’re committing the deadly sin of gluttony.  And on and on.  So even if sexuality is inherent, this is just what falls into the grab bag of temptations these individuals must resist.  The portly gentleman has to resist his second helping at dinner; the homosexual has to resist same-sex attraction.

So ALL of that boils down to Question One really, doesn’t it?  If God is NOT a homophobe, then He doesn’t care if you choose to be gay, or if He created you that way.  If God IS a homophobe, He equally doesn’t care, choice or crafting.

So, ultimately, when religious holidays like the garland-framed winter one comes around, the only question I really need to ask myself is:

“Does God have anything against homosexuals?”

And the patriarchs of my family, or your family, or any family, can’t answer that.  Even the official teachings of Christianity can’t really answer that fully.  If there is a Him, I suppose the only thing you can do is ask Him yourself.

1 thought on “The Little Gadfly: God, Garland and Gays”