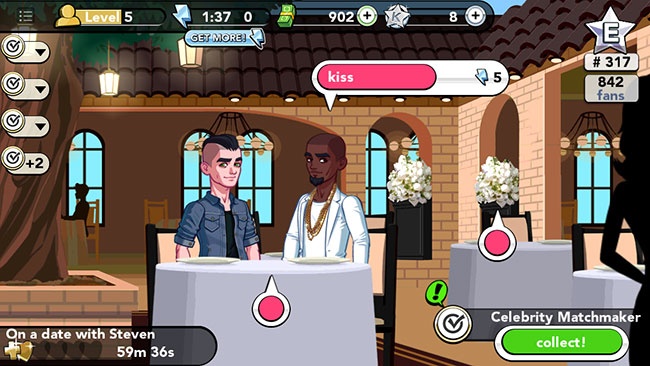 I’m hesitant to call myself a gamer for a number of reasons, some of them obvious. I’ve played console video games regularly for most of my life, probably hundreds of them by now, since my sister and I were first given our treasured NES with Super Mario Brothers and Duck Hunt when I was 8, but I’ve never felt like a “real” gamer. Part of that is that my taste runs more toward heavily story-driven JRPGs and puzzle games than anything that counts on, say, reflexes or hand-eye coordination. (Although how girls are pressured toward avoiding games based on skills that would put them in direct competition with boys is an issue for another piece entirely, maybe even a book.) I will cheerfully pick Beginner mode in a game where I may actually be required to shoot or hit something, just because I don’t need any extra stress in my life. Even though games are clearly a big part of my life, I feel I don’t embrace the values and habits that “real” gamers hold. How miserable and how common it is for a subculture to do the kind of gatekeeping that leads to that feeling.

I imagine that’s a feeling that plagues a lot of women, a lot of people of color, and a lot of queer folks, too, and part of that is because I’d say mainstream games lag behind even other types of media in terms of their representation of people like us. There are a lot of jokes about how your choices in a video game are to play as a grizzled white man or as a grizzled white man, and there’s a reason for it. It varies by genre – my choices in games, if I’m being honest, have to do with more than my occasionally substandard reflexes; at least when you venture into the realm of fantasy, there tends to be a little more variation – but one particular hero type definitely dominates the mainstream. So gamers who want a breath of fresh air have tended to flock around, and heap praise on, games with the option to create a customized main character… and those with the option to pursue a romance with characters of any gender.

As I’ve discussed in what feels like a lot of columns now, Canadian game developers BioWare are pretty much the reigning champions in this ring. The custom main character and cross-gender romance options have become sort of the trademark of their games in the Dragon Age series and the Mass Effect series. Although they sometimes play into affection systems that do have an impact on the overall plot, these romances are generally optional additions to the story that the player can choose to pursue or ignore. If they choose the former, the relationsip progresses over a series of encounters, leading up to at least one (sometimes comically awkward) love scene. Rather than being a core part of the game’s story, it’s a way for the player to explore extra pieces of story, develop their imagined character in the game, and/or enjoy a little wish fulfillment of their own.

Much of what makes this so important – the option to define the main character’s gender, skin color, and sexuality – is that these games have become so popular and so mainstream. It’s a heady experience to be able to play a chart-topping high-budget video game and watch its story revolve around, say, a queer woman of color, precisely because there’s really no other context in gaming when a player would ever have that opportunity. Inside the mainstream, even getting to play as a man of color or a canonically queer character is pretty darn rare. BioWare’s model has been very exciting to a lot of people, and that may even have been a contributing factor behind why their games are so popular to begin with. Certainly, more attempts to imitate it may be in the works; amusingly enough, the main example I can think of with a similar approach is actually the Kim Kardashian: Hollywood mobile game that saw such popularity last year. (Full disclosure: I love that game and have played it faithfully since it came out all the way to this day, because I live my life joyfully and without shame. It’s fun as heck. Haters all the way to the left.) Casually and without fanfare, KKH also allows the player to create a character with any of myriad skin tones and hair types, and to date fellow celebrities of any gender they choose at any time – catapulting it unexpectedly into the realm of being one of the most progressive games available. And the fact that, yes, it really takes that little, should tell you a lot about the state of representation in video games of all kinds.

And don’t get me wrong, I love these types of games. I think it’s a great option to have available, and adds an element of creative expression to interactions with a game. I just wish it weren’t just about the only option a player has to see diversity represented in video games. While queer romance options are great to have, in the BioWare mode, they’re just that: optional. Of necessity, as a result, they can’t really be an integral part of the game’s story and experience; even though often they reveal elements of the plot or characterization that would otherwise be missed, I really think of romances as more an element of gameplay than of story. And as you may or may not be able to guess from my preferred types of video game, story is a really big part of the gaming experience for me.

And here’s the other thing: identity is more than your skin color or what gender signifiers you do or don’t have, and being gay or bisexual is more than who you choose to get into bed with. Of course I like the option to have same-sex relationships in a game better than not having it, but I also feel pretty ambivalent about that being the only time a character’s sexual identity comes into play, too. (Not to mention, in cases like Dragon Age 2 where the player can romance any character regardless of gender choice, it’s the only time the non-player characters’ sexual identities come up, too.) I don’t know if I need the “march in a pride parade” or “come out to your dad” mission objectives in my gaming experience (although, I don’t know, it could be fun!), but for my own part, being gay affects more areas of my life than just who I sleep with.

I struggle with this issue because on the other hand, it’s nice to see a narrative let a queer character be defined as a full person, with character traits beyond just queerness, too. But I’m not so sure it needs to be an either-or proposition, or indeed that it helps as much when it is. If a character could be queer when one player plays them, but could be a totally ironclad heterosexual in another’s hands, how much representation is that, really? On the one hand, it’s letting one group express their identity and have a good  time, which is great. On the other, it’s letting the privileged continue to ignore that minority groups even exist if they want to, and that’s maybe not so great. Then again, one wouldn’t exactly be able to force a bigoted gamer to play a game with a canonically queer main character anyway, so how much does it matter?

I guess the bottom line is: I want it both ways. I want to be able to have fictional romances with computer-generated people of all kinds when I want to, but I want to have stories that are about queer people and queerness, too. To sidestep to an example, I really enjoyed watching a friend’s game of Mass Effect 2 starring a dark-skinned woman as Commander Shepard, but I can’t say that excitement was comparable to being turned on to Beyond Good and Evil as a game that, by design, has a woman of color as its main character. It also wasn’t the same startling experience as playing the first season of The Walking Dead Game as Lee, the Black main character, and seeing the game’s story revolve around his fatherly relationship with Clementine, a young girl of color, or the extensive periods of time where the game’s diverse cast meant multiple scenes of interaction could go by without a single white character onscreen. (It was such a unique experience it actually led my wife and me to propose a variant of the Bechdel test: whether a piece of media includes a conversation between two named characters of color about something other than criminal activity. I’d say it gets passed about as often as the Bechdel test does, and maybe less.) These are experiences that one almost never has in video games, as much so as playing a main character whose love interest isn’t painstakingly straight. It’s great to be able to change a game to add them… but I’d argue that it’s a lot more meaningful, and of more value, when the game includes them by design.

And there may be hope, for that matter. While it has been a pretty grim season for all kinds of progressive issues in mainstream gaming of late, the creation and distribution of indie games is becoming easier and easier all the time, with development tools like the Unity engine and marketplaces like the Steam store available. Some of the most innovative and lauded new games in recent times (Gone Home and The Stanley Parable are the two that spring most readily to mind) have been made independently, and the market is growing. And of course, as it is in so many types of media, indie developers are far more willing to push the envelope in terms of their embrace of progressive issues and minority representation than their mainstream counterparts.  In many cases, furthermore, without the sheer graphical and computing power of mainstream games, story tends to be the primary focus of those types of games. Whatever the future of games may hold, I have a feeling it’s going to have a lot of good, cool new stuff for gamers who value the things that I do… and maybe somewhat less for the types of gamers who’ve been hostile to those values in the past, as so much of the industry stagnates in fear of backlash against change.

And that’s a wonderful thought, isn’t it? I feel good just typing it.