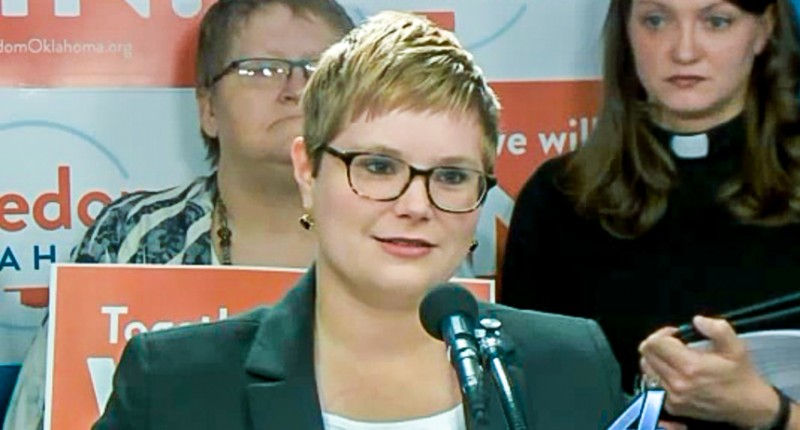 Two new GLBT-related laws were proposed in Oklahoma this week.

The first proposed to remove Oklahoma from the marriage business altogether. Clerks would no longer issue marriage licenses. Instead, those performing marriages would register the union with a clerk of court after the fact. The goal of the law is to shield individuals uncomfortable with same sex unions from having to perform those marriages. This bill had passed the Oklahoma House as of this writing.

In addition to this, Democratic state Representative Emily Virgin proposed an amendment that would force businesses that want to discriminate against GLBT people to have a sign to that effect clearly posted within their business. That way, no one is surprised when they are denied service under the law in Oklahoma. Though obviously any law that allows discrimination is reprehensible, forcing businesses to clearly define their stance beforehand rather than allowing them to use it as an invisible cudgel is better than nothing. It also makes avoiding anti-GLBT businesses considerable easier on spec.