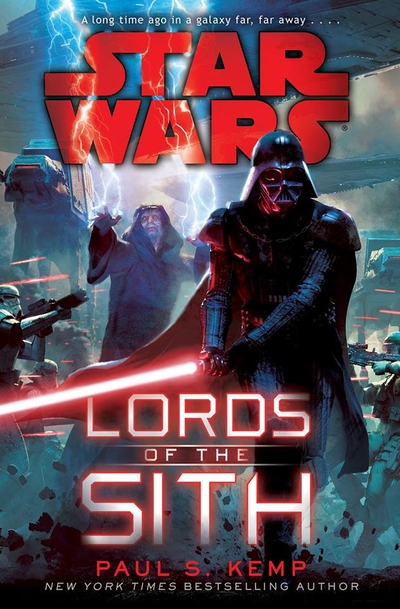 Moff Mors is an Imperial who has made some very serious mistakes but she is an incredibly capable leader and spends much of the book working hard to prevent absolute failure. She also happens to be a lesbian.

While Mors’ sexuality will make her unique in the new canon, past Star Wars properties have included minor references to same-sex relationships in the past:

Most recently, Bioware added same gender relationships in “Star Wars: The Old Republic” online roleplaying game after an initial outcry from fans that they weren’t included at launch. As far as the Expanded Universe was concerned, they were included in the now Legendary “Legacy of the Force” books. Karen Traviss included two Mandalorians, Goran Beviin and Medrit Vasur, who were in a committed marriage. That reference was very subtle though, and some readers had even felt that they’d misinterpreted it, not realizing that they were reading about two gay Mandalorian men.

With Paul S. Kemp’s “Lords of the Sith,” there is no ambiguity whatsoever.

Kemp’s novel is slated to be released on April 28th.