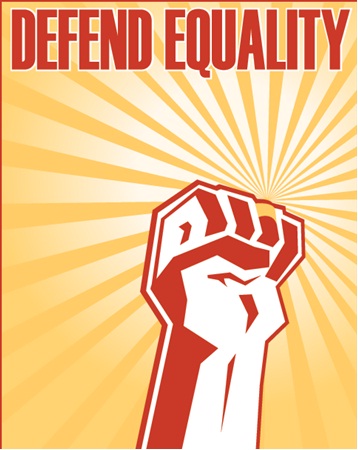 This week, numerous LGBT rights organizations dropped their support for ENDA: the Employee Non-Discrimination Act. The bill passed the Senate this year in a rare instance of bipartisanship, but it has been stalled in the Republican-led House. However, in the light of last week’s Hobby Lobby ruling from the Supreme Court that showed that there are increasing grounds for religious exemptions from certain laws, many LGBT organizations are taking no chances that religious organizations will be able to claim exemption from legislation aiming to protect LGBT people.

Many on the right have called for a strong religious exemption to ENDA and any other legislation or executive action that would seek to protect LGBT people from being fired or otherwise penalized in employment for simply being LGBT. This broad exemption is quickly becoming the latest battleground between supporters and opponents of the bill.

Groups who have removed their support of ENDA include:

Additionally, there have been some initial calls from within the GLBTRT that the ALA’s supportive resolution of ENDA may want to be reconsidered in light of shifting events. More will be posted on this story as it happens.

What do you think? Is ENDA a good step forward, or is it too little for people who need the law’s protections? Let us know in the comments below.